About Bridge
Four Friends + a standard deck of cards

“Bridge is the best distraction, it may only be a card game but it brings so much fun with it!” 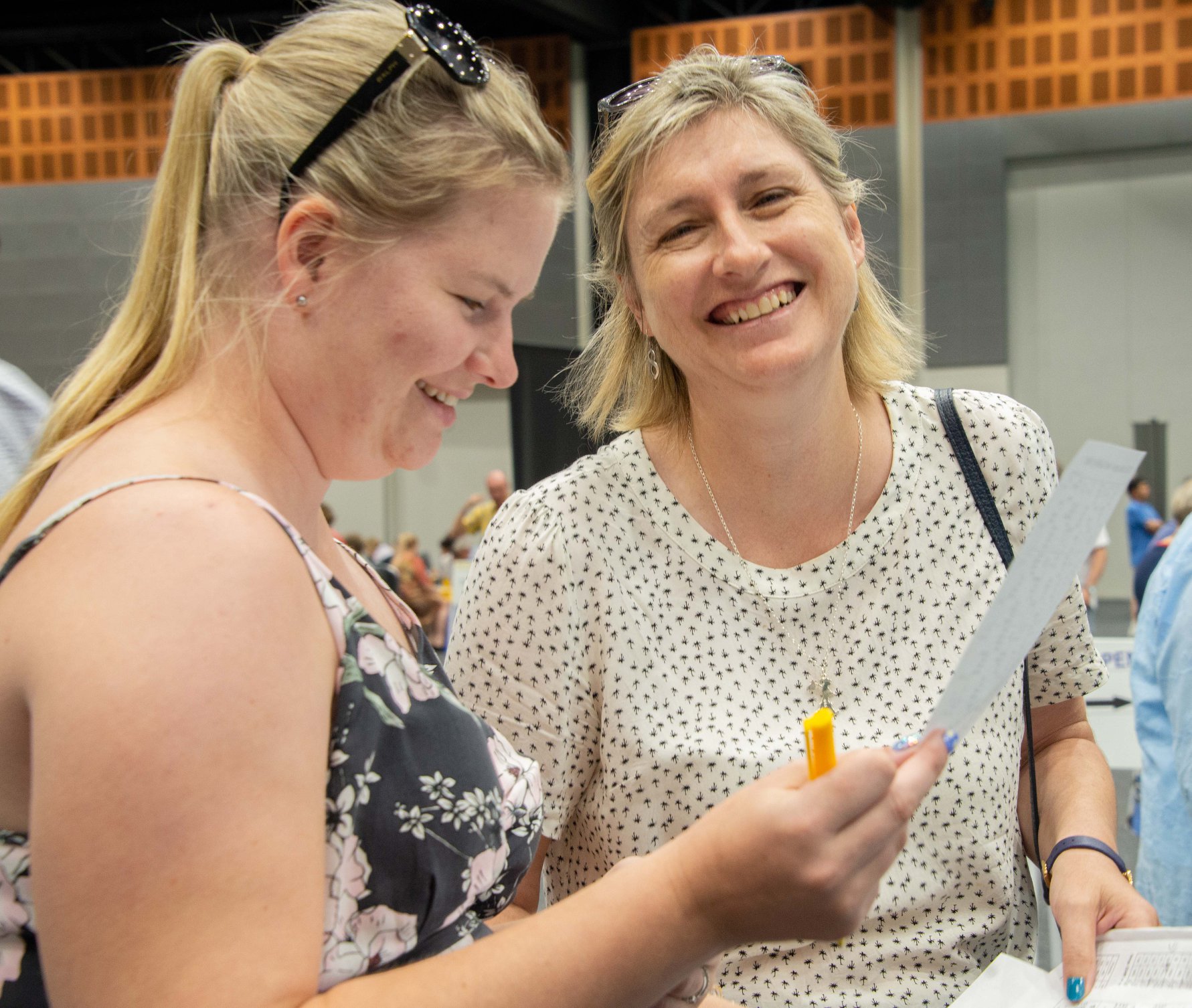 Bridge card game is a game for life. Played by all ages, across the world, Bridge becomes a lifelong fascination and an instant community for all who play it.

Bridge card game is a game for four players, played as a partnership two against two using points of the compass to designate theirposition at the table. They use one pack of cards at a time and the pack contains fifty-two cards (no jokers). Having shuffled the pack the cards are dealt clockwise, one at a time until each player has 13 cards, after which the bidding phase begins.

The Bridge Card Game is played in 2 distinct phases and then each game is scored:

1. The Auction – The partnerships compete to win the contract

2. The Play – The winning partnership must now fulfil the contract

The Auction and Bidding

The bidding is done silently through writing on a bidding pad or using bidding cards. 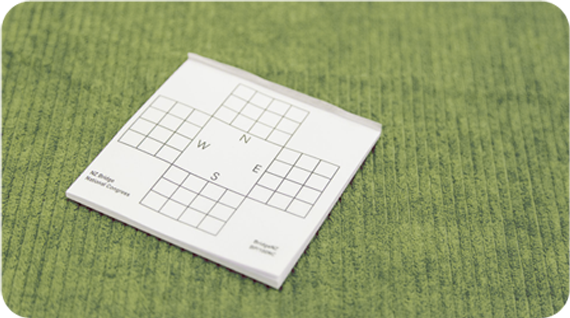 Each bid must state a number from one to seven, which is the number of tricks in addition to six that the bidder agrees to try and win. Each bid must specify the suit (spades, hearts, diamonds or clubs) that will be trumps (or notrump if the bidder wishes to play without a trump suit).

If a player does not wish to bid they may Pass.

Each successive bid around the table must name a higher number than the preceding bid, or name an equal number in a higher-ranking suit (or notrump).

For bidding purposes, no trumps is the highest suit followed by the four suits in the deck:  spades, hearts, diamonds and clubs in that order.

The object of bidding is to find the correct level of tricks you want to win – and bonus points are achieved for bidding game (3NT, 4♠, 4♥, 5♦ and 5♣) or slam (any bid at the 6 level/12 tricks) or the best thing ever; bidding and making a grand slam (where you must win all 13 tricks) – grand slams aren’t very common but immensely satisfying! There are 35 possible bids, from 1♣ (lowest) through 7NT (highest).

Just as the suits are ranked, the cards within a suit are also ranked. The card with the highest rank is the Ace, followed by the King, Queen, Jack. These four cards together are called the “honour” cards and are followed in rank by the number cards in descending order:

At this point you move on to the second phase of the game, the play.

The Play of the Hand

The first card played to each trick is called the lead. The defender to the left of the declarer must make the first lead on each deal. This is called the opening lead.

Immediately following the opening lead, the dummy will put all their cards on the table face up and sorted by suit (when playing in a trump contract, the trump suit is placed on dummy’s right). The declarer will “call” the card that dummy will play each time it is dummy’s turn in the rotation. The dummy is silent and may only play the card called.

After all 13 tricks have been played, the only thing left to do is record the score.

When discussing Bridge scores, they are generally referred to in terms of plus and minus. Bridge scoring can be a lot to take in at first and is not something to spend much time on at the beginning of the learning process – luckily most Bridge clubs use electronic scoring to tabulate the score at each table which leaves the new player to concentrate on playing and bidding.

There are two main categories of Bridge scoring: duplicate and rubber scoring. While based upon the same basic elements of scoring, they differ in how the elements are applied to individual deals and in how these are then totalled. Rubber Bridge is heavily dependent on plus scores. In the world of duplicate, -50 could be the winning ticket as your score is compared to all the other pairs who are playing that same board during the session.

There are two levels of scoring, part scores and bonus levels which include games and slams.    If you manage to defeat the contract as a defending side – you earn points for each “under trick”. 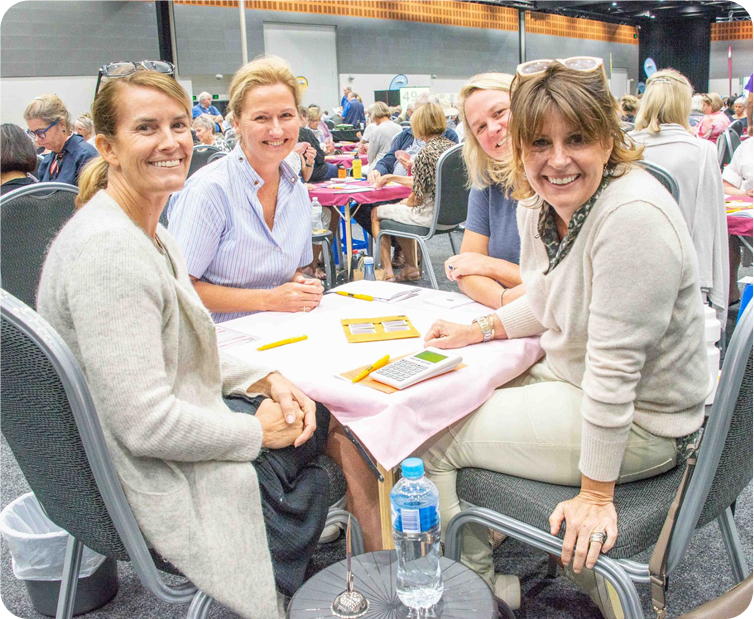 where can you play bridge?

Bridge can be played casually or regularly – online and in clubs.

Most club and tournament play involves some variant of duplicate Bridge, in which the cards are not re-dealt on each occasion, but the same deal is played by two or more sets of players (or "tables") to enable comparative scoring. Duplicate Bridge removes the luck of the draw from the competition – ie being dealt all the best cards!

NZ Bridge Inc is the governing organisation that oversees Bridge in New Zealand and is one of 104 countries affiliated to the World Bridge Federation. 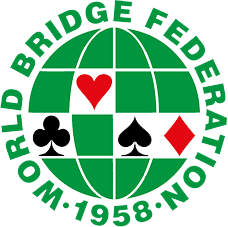 Q: Is it expensive to play Bridge?

A:  No! cheap as chips some say. To play in a club session there is often a nominal “table money” charge maybe a few dollars to cover their overheads and might even include afternoon tea or supper. To become a member of a club requires an annual sub which also includes $20 (+GST) yearly subscription to NZ Bridge. Each club sets their table money and membership fees based on their own overheads and offerings.

A: Probably not enough to retire on! There are a handful of professionals who are funded to take part in a sponsor’s team in pursuit of Bridge glory and masterpoints. The top prospects might earn six figure salaries and travel the world but that is the life of very few Bridge players. Prize money is on offer at most organised tournaments around the country which is proportional to the number of entries, the level of competition, and the entry fee. Rubber Bridge, a version of the game usually played at home rather than at clubs where stakes can be set and dollars can change hands.

Q: Isn’t it a game for old ladies?

A: Fifty years ago, Bridge was a pretty cool game and was played by film stars and the “influencers” of the day. It was also quite common for universities to have Bridge clubs. As competing hobbies and technologies became more widely available, fewer younger people started taking up the game leaving the existing cohort of players to age without clubs being continually replenished with next generation members. However, there are many young people all over the world who enjoy Bridge and what it has to offer – In fact, one of the best performing pairs in New Zealand Bridge this year are a couple of 23 year olds - Jack James (Palmerston North) and Jeremy Fraser-Hoskin (Auckland).

Q: How long does it take to learn the game?

A: It It doesn’t take long to learn the basics … but the subtleties and strategies take a while longer. Lessons/supervised play usually takes place over several months at a Bridge club whilst learners become au fait with the terminology and learn the “language” of Bridge. To master the game might take a lifetime!

Q: How long does a game of Bridge take?

A: One Bridge deal, or hand, takes approximately 7 minutes to play. This includes both the bidding and the subsequent play. At a Bridge club, a Bridge session involves around 20 deals though if you are playing at home, you can play as few or as many as you like.

Q: How do you win at Bridge?

A: On each deal, one side (the declaring side) tries to make a certain number of tricks. (There are 13 tricks because each player has 13 cards.) The other side, the defence, tries to stop their opponents getting that number. One side will be successful and points are awarded; positive points for the successful side and negative points to the unsuccessful side. At a club, you try and do better than the other pairs who hold the same cards as you do. The cards are pre-dealt and the same hands are played at other tables. The pairs/ teams who get the highest scores are declared the winners.

Q: Do you need a partner when you go to a Bridge club?

A: You do need a partner to play Bridge and while it is nice to have organised a partner in advance, Bridge clubs will always find you a partner. If you need a partner, it is best to contact the club in advance of when you want to play to give the club officials time to organise a partner for you . Please note, many clubs have players on hand at the start of each session to fill in for those who need partners.

Q: Do I need to be able to play other card games to play Bridge?

A: No, not at all. There are certainly other card games which have bidding and card play aspects similar to Bridge, such as whist or “five hundred”. If you familiar with these games, you will have some advantage over those learners who have no previous cards experience. With the help of friendly club players, all learners can soon pick up the basics of Bridge.